A moment, a sculpture

“These times of forced confinement, of fear of becoming ill, of loss of basic rights…, are accompanied by side effects such as forced and persistent cohabitation with oneself and, in some cases, with one’s loved ones.

This cohabitation reinforces and refines family relationships and manifests more clearly and sincerely attitudes and feelings such as love, jealousy, admiration, leadership, strength, protection, closeness …, strengthening the smallest and most important group in our society: the FAMILY.

This intuitive and simple reflection is what I wanted to represent with the sculpture of the same name that I created a few years ago, the result of a commission from an audacious collector who later became a great friend.

The sculpture entitled FAMILY is a portrait of an specific moment of its seven members; it is composed of the same number of pieces with a very simple geometry, all orthogonal, identical thickness and almost the same size, which due to their dimension, disposition and relationship between them represent these attitudes and feelings. 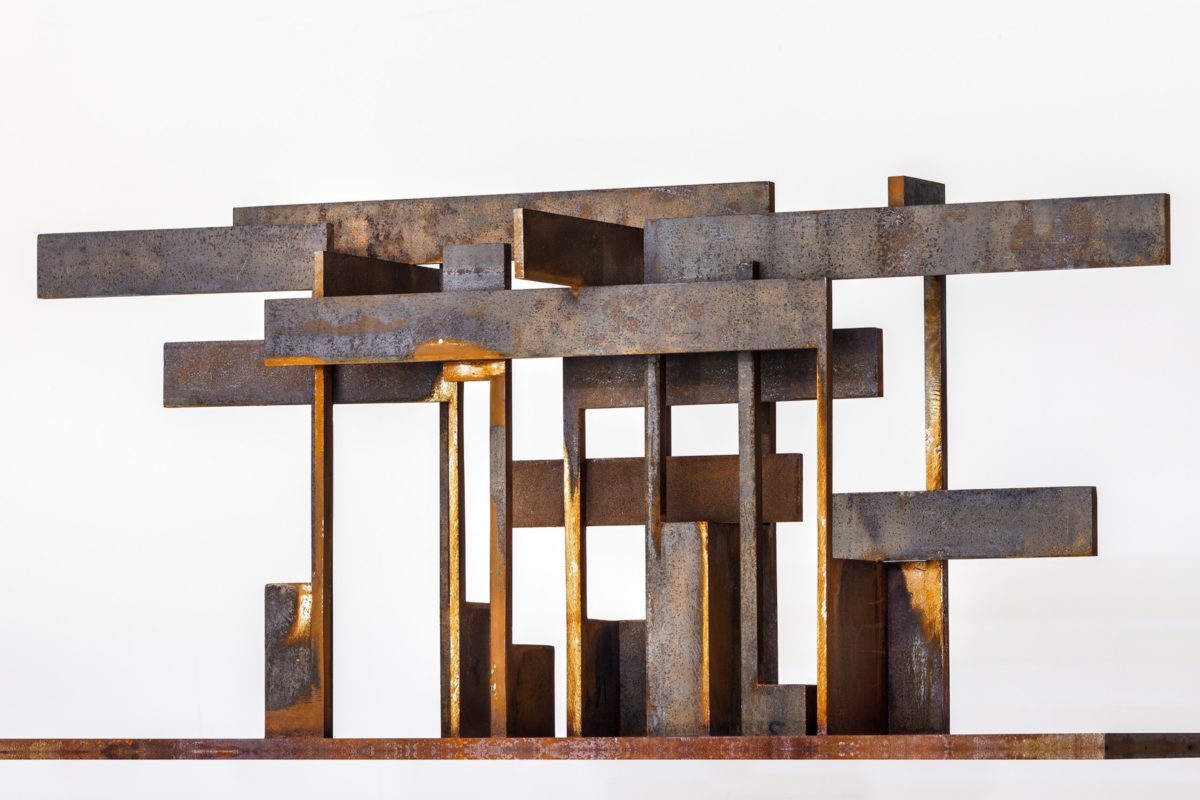