Tribute to Malévich (playful and audacious)

In any work of art, as artists, our task is to face the objective fact that we have to express in two dimensions something that we feel in a three dimensional world.

Kazimir Malévich, in many of his works, with his playful and bold exercise in abstraction, and following the principles that he clearly defined, namely,  white background, simple figures, primary colours… using these as a tool, manages  to achieve a three dimensional universe in a two dimensional format. This intense work resulted in the epitome of Suprematism, “White on White, 1918”.

Malévich distils and crystallises this concept in his work by removing any connotation that is not intrinsic to the painting, with what I am sure is an almost painful will of iron; in doing so he takes advantage of the square, a self-referential form which only through observation in orthogonal manner can continue to be perceived as a square; in any other position, it will be seen as a rectangle, rhomboid, or simply an irregular four-sided shape.

My project, begun some years ago, is based on my curiosity in retracing the route set out by the maestro, taking as my inspiration his painting Suprematism (with eight rectangles), 1915”.

More specifically, how to make the rectangles in the painting three dimensional forms?

My search has led me to the rhombic bisphenoid, a polyhedron comprising four triangles which, in a two dimensional space, form a polygon with three or four sides.

To make the bisphenoids, I use aluminium, which is the ideal material given its physical and mechanical characteristics, and it enables me to suspend my shapes in the air, and control the angle between the edges and the accuracy of the vertices.

In this way I can compose in space just like Málevich did in the painting, and I begin to play with light and shade, and with time. 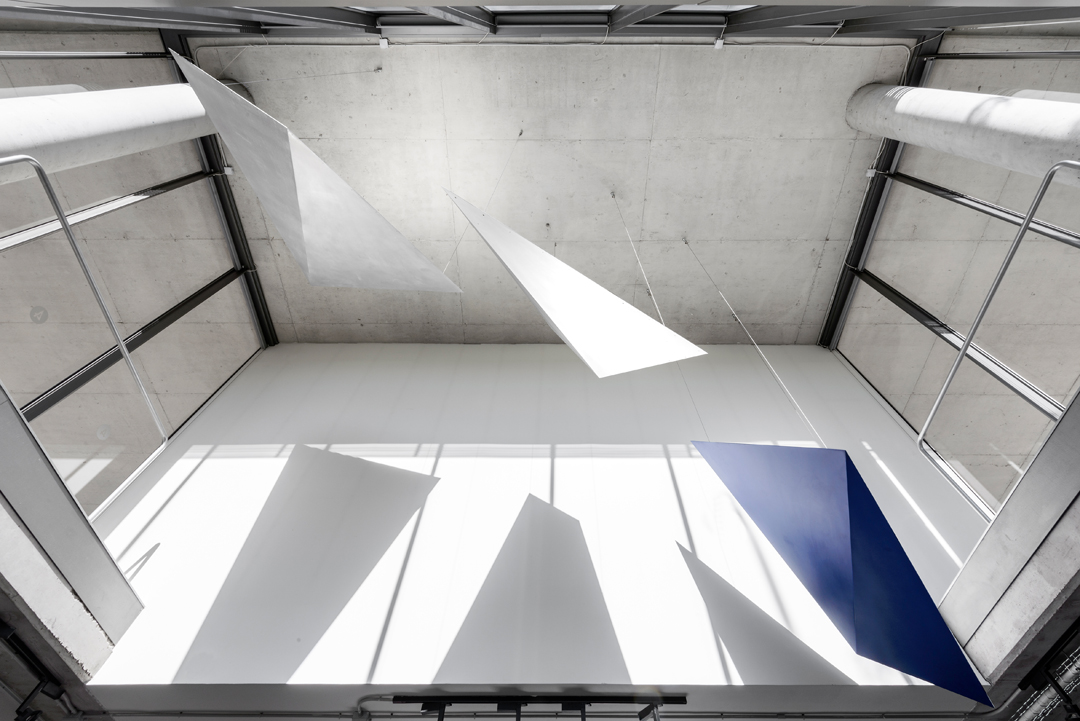 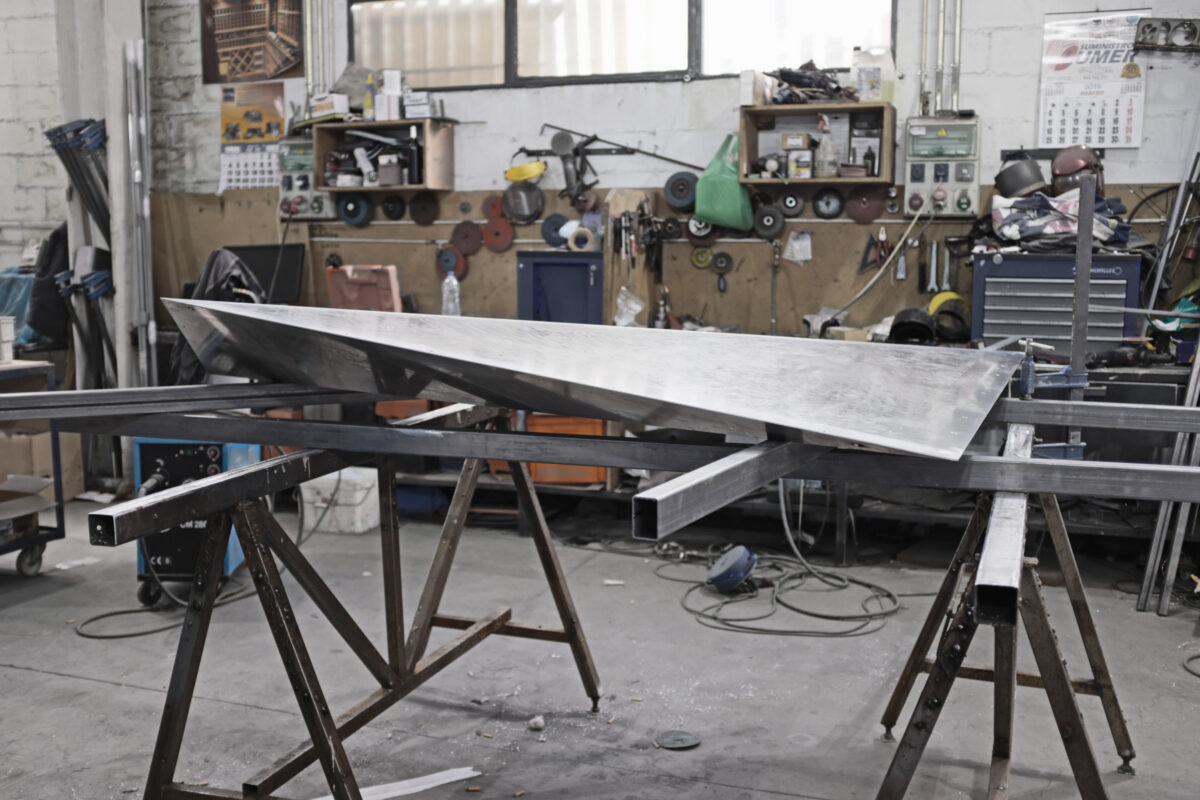